Across the Europe people are wondering what is going on with the war mongering between US and Russia. Russia has been presented in the media as a serious threat to EU and Europe in general, even though it is Nato and USA who are occupying more and more nations by putting their forces on the ground. 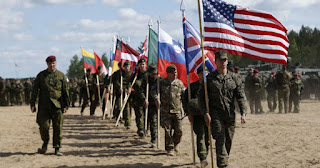 Russia has flexed it's muscles in Syria and Ukraine with a confidence it has not shown for decades. It is acting as if the western threats are not concerning it too much, as if the economic sanctions do not matter much. Official party line in the West has been for some years by now, that Russia is about  to collapse, it is about to crash economically and it's people are fed up with Putin and his regime. None of those claims have proven to be correct. How this is possible? 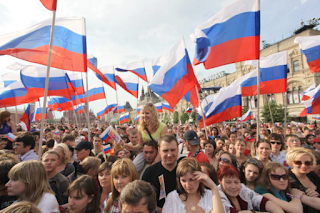 The Truth behind all of this is very simple. This is not about russian aggression and it never has been. It is all about the coming collapse of the western economic system. Many observers and experts have said for years that US economy is in tatters. Any news about the economic growth has been based on Wall street and it's financial theater, Ponzi schemes and manipulation and speculation of the stock markets and financial banking plays. The real economy, productions and such, has been stalling for years as the low price of crude oil proves. It is not consumed because the real economy is not using it, because the real economy is in a stand still. The raw materials are not used in the west. It is only the financial merry go around which is keeping the statistics up. 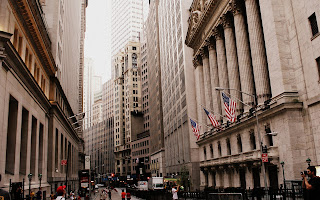 According to many experts US federal government is in debt over 19 000 billion dollars. People and private households are in debt in tune of 23 - 25 000 billion dollars. Some experts estimate that Federal reserve had more than 172 000 billion dollars worth of poop in it's books. This amount of debt is so huge that there is simply no available calculation models in which US economy could ever pay it's debts. Thus, the head of the Bank of China said in 2013 that China will drop the dollar as it's value is based on nothing anymore. 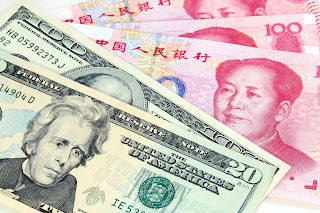 At least since 2012 China and Russia have been dumbing their US loans and bonds, and buying real gold, the stuff, the metal, instead of gold bonds. The reason is that both are leading actors in BRICS, the economic union which intents to replace the western global economic system. Russia is one of the biggest producers of gold, and several other high value minerals, plus gas and oil, and China is De Facto the biggest economy in the world today. Russia and China have already dropped the petro dollar and chosen the chinese yuan as the new global monetary unit. India is the third player in BRICS and these three will replace the west in the near future as the centers of the global economy. It is a simple matter of raw materials, capital, production and population. Most of those are already in those countries, not in the west where the financial bubble shades this grim reality. 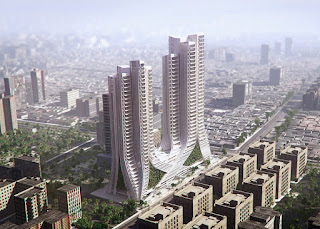 Not only their national debts are much lower than the ones in the west but they also have something which many hopeful western observers have missed: they already have some 300 to 600 million consumers whose consuming capacity is at par of the europeans. This means that if and when the western collapse comes, and it will come, they do not need western consumers anymore for their products. They don't have to export to the west, they don't need western capital, they do not need western markets anymore and this means they are already in the position in which they will survive any collapse of the western global economy. 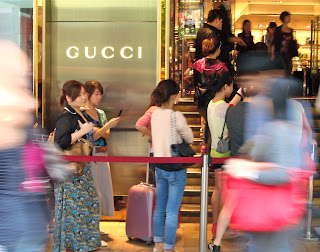 Western grip of the world economy is already eroding in the developing countries too. China has been active in Africa already for decades and many South American countries are looking for BRICS as an alternative for the western economical mess which have brought them so much economic chaos and mayhem. Brazil is already a member state in BRICS as is South Africa too. The chinese are working in several Afrcian countries in building, commerce, agriculture, infrastructure projects etc. The biggest commercial fleets are sailing under the flags of the developing countries. The majority of the billionaires in the world today are no longer in the west but in India, Mexico, China, Russia etc. The fortunes and capital massed inside the BRICS are staggering and yet so often overlooked in the west simply for sentimental reasons. 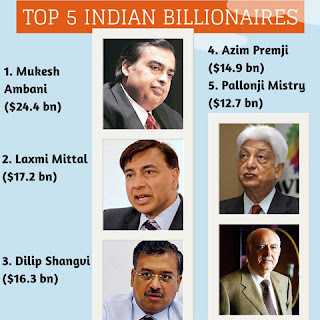 What to do? Well, there is nothing the west can do, unless it is willing to commit a suicide and bring on the harmageddon. A real war between Russia and Nato is going to be a nuclear holocaust. Plus Russia and China are now military allies and US and west can not destroy both. So the west would loose even a nuclear confrontation with BRICS. This is unlikely scenario and it is proven by the bilateral trade between US and Russia and US and China. Despite the hard talk and act, the US can not stop trading with those countries as that would mean sudden collapse of its own economy and with that the collapse of the country itself. It is well known that western oligarks like Soros are hoping some kind of war between emerging BRICS and west but the fantasies of those dying old men are not likely to become realities as most nations are not willing to die for their economical gains. 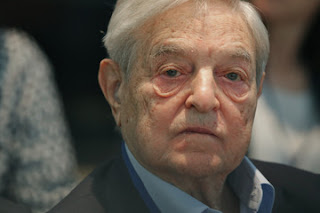 US and it's allies are right now preparing for a controlled collapse of the dollar and euro and the whole western economy. The World Bank and IMF have already announced that they have a new global monetary unit available in case of the collapse of the dollar. This is the first step. There must be a monetary unit which can be used once everyone and their uncle begin to dump the dollar. This is it. In order to be ready, the western powers must be ready to control the population of their sphere of influence. This is also been done as we speak. 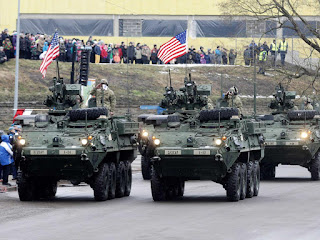 USA and Nato are not occupying eastern Europe because they really believe that Russia is about to launch an invasion. There are no signs of that and never had been. They are simply occupying those countries, including Finland, so that when the collapse comes, they have troops already on the ground to prevent any nation from slipping into BRICS. If anyone thinks that this is not the case, just think about Greece. 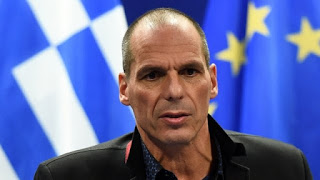 When the leftist alliance Syriza won the elections, the new prime minister Tsirpas and ecnomy minister Varoufakis said that unless the creditors and EU will come up with some agreeable suggestions, Greece will walk out of euro and EU. What happened? Well, president Obama gave a speech in which he said flat out that Greece can not do that as it is a Nato country. And that was that. Last month Varoufakis told to the biggest daily news paper of  Finland that they were told that if they try to leave euro and EU, there will be a military coup and Varoufakis said the prime minister  Tsirpas was affarid he might be killed. 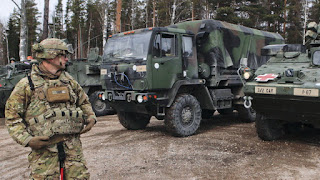 That is what will happen in any other country who tries to leave EU, euro and the western economy. That is why USA is bringing troops in Europ en masse and opening new military bases in new countries. It is preparing to fight against anyone who tries to sneak out, attempts the break off or is showing any willingness to act independently in the future economical chaos. Nato and US are preparing for a war in Europe, yes, but not against Russia. They are preparing for a war against any nation, movement or political party which attempts to move towards BRICS. 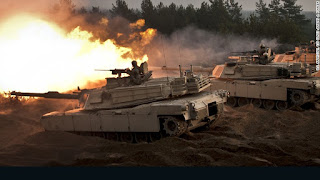 Hungary, the Tshek republic, Austria and several other EU-member states have already shown signs of independent policy thinking. There are several very popular anti-EU and antieuro parties in almost every EU-nation. Talks about leaving euro and EU are taking place in several countries, Britain is going to have a popular vote nest summer should it stay in EU, in Holland the same is demanded, in France the eurosceptic party lead by Marile le Penn is winning polls after polls etc. Just recently USA expressed it's hope that the Italian president would not travel to Moscow but italians will go anyway. The whole EU and euro system is already wobbling from it's foundations and USA needs the whole system as it is much easier to control than several independent nations. That is why USA and Nato are occupying countries and moving more and more war machine into the ground. They have decided to hold on of these countries, by waging a war in them if necessary. 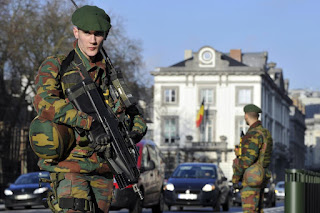 The coming economic crash of the western system will downgrade everything 30-90% which is the only way USA can survive it's debts. They must be brought down at least 50%. If the dollar would collapse that much, that would mean halfing the national debt. That could be managed. But how to do this without a civil war in USA and general upheaval in Europe? How the control the opposition which will rise up? That is the Big question.

Once the powers have come up with a plan how to bust the financial bubble, they will do it. If they estimate that they can win the several conflicts around the Europe and contain the situation with their military, it is on.The unknown piece in this puzzle is actually USA. Could the federal government hold on and avoid the situation in which the whole country turns into Libya? How much there will be armed uprisings and resistance around the country? It is fairly likely that there will be armed conflicts across the union, in several states, and it is possible that some states will no longer listen Washington once the chaos begins. 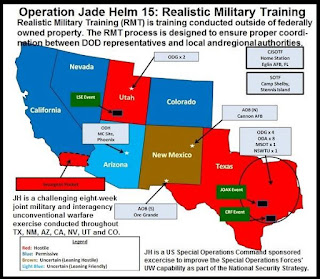 That is why US military is running major military excersises inside the USA and why the notorious FEMA camps have been built. The federal government is preparing for the second US civil war, brought by the big banks and financial wizzards of financial markets, the ones who have created this bubble which is about to burst, one way or the other. USA and EU are attempting to burst it in controlled manner as it is better option than let it explode on it's own. They calculate that they are able to control the situation by sheer military force but it will be seen in the near future. 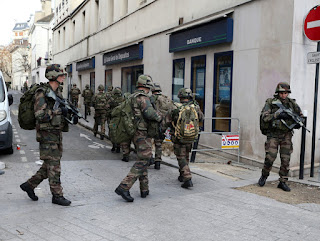 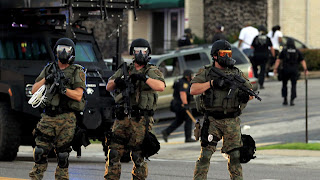 Meanwhile the BRICS will grow and strenghten and in the future it will be the dominant player on the global economy. It will not wipe out the western economy but it will dwarf it. In many ways the situation will be like it was in the dark ages when China was the biggest economy in the world and the west backward cesspit of chaos and disease. That is what Deng Xiaoping said in 1978: "In the next hundred years China will be in the place where it historically belongs: in the middle of the world." Back then most westerners laughed at the very idea. No one is laughing anymore. It has become reality. 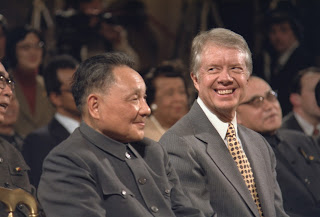