Who really lost the US presidential elections? Well, the democrats naturally and they can only blame themselves for this. Bernie Sanders would have defeated every republican opponent in the elections but party machine and their mighty backers had decided that Hillary it will be. They made it sure by stealing the primaries from Sanders and thus assured their loss in the elections. 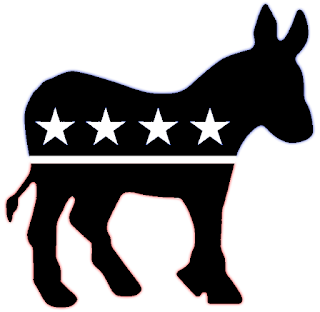 But the real losers are those who backed up Hillary. And who were they? Wall Street, international financiers and finance speculators, banksters, George Soros and other high priests of New World Order, European Union, and other elements of the New World Order. They lost, period. And that is why they try to create so-called "color revolution" in USA right now. They even have a catchy name for it: The Purple Revolution. Orange most likely would not work as Trumps make up was so orange. But they can not stand their defeat. They are mad. They bet the wrong pony. 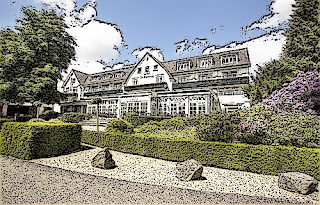 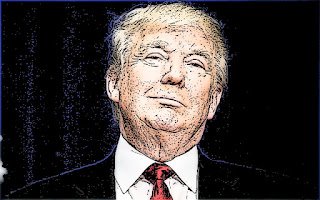 This is what will happen: Donald Trump knows that US economy is in tatters. How on earth a country so deep in debt, so deep in depression, so chaotic and divided socially, rise up? How this can be done? Well, Trump must have looked on what Putin has done in Russia. 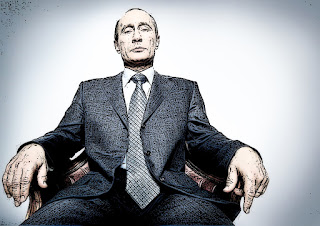 When Putin inherited Russia from Boris Yeltsin it was simply a catastrophic state. It had been robbed and looted, it's military was rotten, it's finances were gone, it's social order was gone, and predatory oligarks fought on the streets in cahoots with several mafiya gangs shooting and killing each other by bazookas and bombs. The Tsetshen rebels were up in arms and islamic terrorism was up. In ten, fifteen years Putin and his gang crushed the oligarks, beat the mafiyas, put the ruble back in charts, erased the national debt and most of all, forced the foreign investors build up factories and manufacturing plants, thus creating jobs and income and this way increased domestic consumption power many times over. 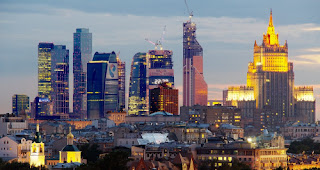 On foreign policy Putin and his gang created alternative economic system for the western one. So called experts in the west laughed at it and testified how ridiciolous the idea was. No one is laughing now. China is the biggest economy in the world. Russia has surpassed USA as the leading exporter of wheat. Russia has minerals, gas and oil, and today tens of millions of consumers with the same capacity as the westeners. China has hundreds of millions. And these two nations are in alliance. And India is in the same system with it's population over one billion and hundred million consumers. Now this thing is the fastest growing and biggest economical might in the world. You think Trump want's to stay out of that jamboree? 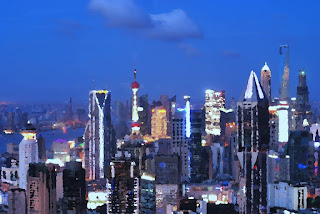 Trump will join in. Instead of a New World Order of the bilderbergs and soroses, there will be a troika, a triumphirate which will dominate the world in the next decades. USA is going to be one of the three kings, one day maybe the biggest, and then the rest of the world will be under their rule, simply because of the economy. Chinese have people, gold, money and production. Russia has most of all the raw materials and high tech and gold. USA is not going to stay as the mule of the western oligarks like Soros for ever. It stops now. 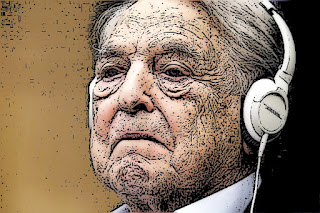 In the military sense this means that russia will beat the shit out of ISIS and keep Syria in place. USA will most likely drop the ancient security arraignments in Persian Gulf, simply because it will get it's oil and gas from Russia, and this means that the saudis will be in deep. Israel will do what ever it wants and kick the arabs when ever it wants. 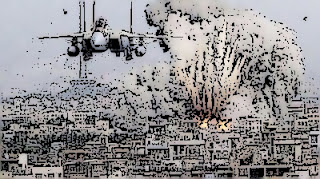 US military will begin look after the national interests of USA, not the interests of George Soros or Goldman Sachs or whom ever. It will be refitted, perhaps leaner and meaner, but it won't be running around in futile wars abroad for the big business and big money. Too many americans have died for the bilderberger dreams, for the New World Order in which no nation could control itself but the men with billions and billions in the shadows. 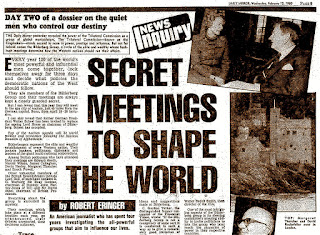 In fact, the men who dreamed up the New World Order and ingnited all these wars to achive it, will be in trouble. Mr George Soros can not travel to China or Russia because he would be arrested there. Pretty soon he can not stay in USA either. The New World Order is done for now and Soros and his ilk must look hiding places from elsewhere.

One big loser is EU. The men who rule European Union are all globalists and leaders of the New World Order. Their intention has been to create a Europe where not a single nation, a single people can oppose their will. Those days are over. Neocons and globalists in US state department are on their way out. Trump and his men move in and they don't give a poop about EU like Hillary and Obama did. Trump government is for the USA, not for foreigners in three piece suits. And this will spell the end of European Union as it is.

If European Union wishes to survive, it must transform quickly into ETA agreement like system. The days of centralized international rule, the idea of pan european government, is over. The only question is how long it will take before European Union collapses. If we look at how sudden the collapse of Soviet Union was, we can see it will happen quickly. UK already walked out even though some globalists try to reverse the Brexit. They will not succeed.

What we have left? France and Germany. Italy perhaps. Everybody else is in as parasites. Finland is just a lamb for slaughter, it's national resources sucked by the vampires of Brussles and Strassbourg. Old East European countries will walk out the minute they have to pay for the membership. Already we are seeing the signs of collapse. The refugee crisis created by the globalists and the New World Order high priests has divided EU member states based on national interests. The economic sanctions against Russia have divided the EU countries. Some obey, many don't.

Trump and his government have their buddy Great Britain. They don't need European Union. As a matter of fact, it is better for USA if it deals with Germany alone. It is better for US to deal with France alone. And on the tails of the US election result, Marie Le Penn is riding high and she will break down the EU if and when she wins the elections in France. After that it will be every nation for itself, like it used to be. In the next 10,15 years European Union will be a strange delusional dream that once was.

USA will join in the Triumphirate for financial reasons too. The western speculative finance system is going to crash any day. Trump knows it. The days when nations were willing to finance and bail out criminal banks from their speculative games are over. Italian banks are on the verge of collapse, biggest bank in Germany is already falling down and Trump does not want to be in that sinking ship. He will join in the Troika and save US dollar as an international monetary unit. Euro will be gone soon. It will be replaced by various national currencies with various values. 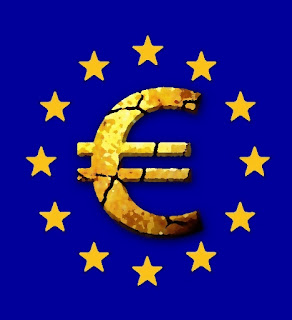 Trump wants the dollar survive and it won't with in the New World Order finance game and globalist shell games, pyramid schemes and other swindles which are the core of the present day financial system. So the USA will walk away from that mess and concentrate on the new economy which is not in the so-called west but in the east. Transatlantic economy will shrink to it's natural size as the globalist balloon explodes and withers away.

This is the post New World Order which is emerging right now. Those who clung to the dead globalist ideals and dreams will lose out. Those who cash in now and move to the new world economy will be alright. Europeans will be wondering what the hell just happened, unless they take the cue and stop dreaming.
Lähettänyt sande klo 4.02