WHY EURO AND EU ARE GOING TO FAIL

There are many debates and all kinds of thinktank reports and raports trying to figure out why euro is a disaster and EU is crumbling at alarming rate. Rise of nationalism, refugee crisis, bad economy and locusts and plague and others have been suggested as causes for this spectacular failure which is costing european taxapayers tens of billions of euros.

None of those bright lightbulbs of humankind have come up with any explanation on this big question. Not one has realized why this whole thing is such a mess and going down the tube. That is because they do not understand history, nor know it. It is that simple.

European Union is often compared with USA which is totally false analogy. It has nothing in common with USA. In USA everybody else except native population are either immigrants or their children. All of them have accepted that the natives and their cultures have been destroyed and replaced by foreign languages and religions and cultures. In Europe that has not (yet) happened, but they are working on it. 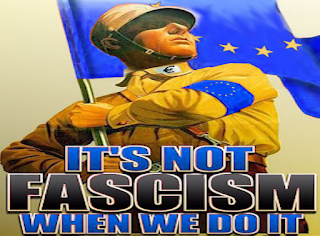 European Union is, despite all the rhetorics, just like Soviet Union was. It is a power structure placed on top of various nations, people and ethnic groups, which claims without any real bases that it represents the intrests of all of those it seeks to rule. Just like Soviet Union claimed. 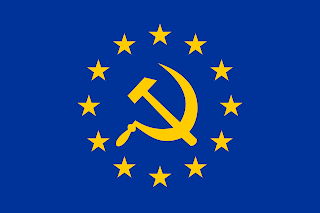 European Union has a all-european parliament, just like Soviet Union had, which does not concern with any national issues. It handles only pan-european issues and the members of this parliament do not represent their native countries but pan-european "parties" which are also invented from the thin air. No one in the EU parliament even consider member nations, unless they are opposing EU rule. Then they will be punished by this strange power tool, just like the Soviet parliament. 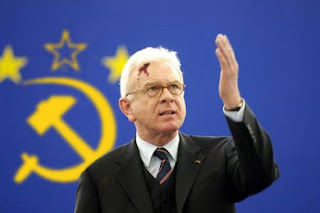 European Union has it's elite power group, the comission, which none of the people of EU are allowed to choose. The comission is chosen by the leaders of the member states, just like its predecessor in Soviet Union. And just like the organ in USSR, the european comission makes the desicions and forms the policies, which the parliament then approves. Sometimes there is a lively debate on something  for the show, just like they had in Soviet Union, but in reality it is the comission which makes all the desicions. 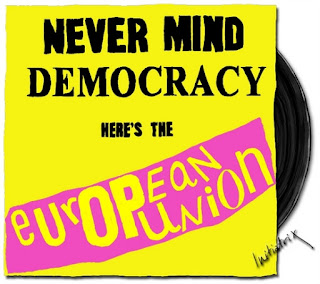 And just like Soviet Union, EU has a common currency, the euro, which is a failure on a massive scale. It failed because smartest member states refused to take it and because the corruption and the statistics used in its defence were all forged. Just like in USSR. The real economy and the official economy are two different things and the EU economy and economical policies have nothing to do with the realities of the economy and never have had. The official EU economy is just an illusion. Just like it used to be in the USSR.

EU attempts to create its own pan-european police force and border guards, just like USSR did. It has already a pan-european army on the paper and in practise in the form of Nato. Nato is controlled by USA as it wants to control the whole EU. The so called Trans-atlantic free trade agreement will be implemented despite it being disasterous for european people and countries, simply because the EU is just like USSR. It does not matter what the people think or want or what benefits them. This is what the EU comission wants and so it shall be. That is why it is allowing Nato to occupy member countries by force. Just like USSR, EU is ready and willing to use international troops to control the member states. 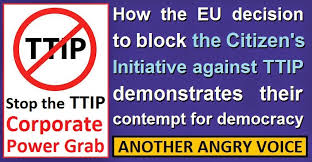 If anyone suspects this, consider this: former economy minister Varoufakis told the biggest daily newspaper of Finland that when they (Syriza) said that they were plannibg the grexit, leaving euro and EU, they were told behind the scences that if they do, there will be a military coup in Greece. Barack Obama said that Greece can not decide it will leave as it is a Nato country. Privately Syriza-leader Tsirpas was affraid for his life. That is the true nature of EU. It will kill and destroy if it is not getting what it wants otherwise. We can see it working in Ukraine too.

The whole mess began when EU added some new aspects to agreement it had negotiated with Ukraine and which then president Janukovich was about to sign. Unfortunately for the EU the officials of Ukraine spotted these new addings in the agreement and refused to sign the deal. It was only after this when the Maidan coup happened and Ukraine decended into chaos, provided by EU. EU did not want No for an answer.Even today EU is in Ukraine causing terrible suffering for its people, along with its partners Nato and USA. 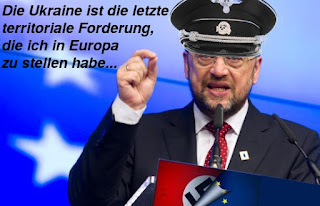 But all this is crumbling right now. Separatists movements are rising across the EU, just like they did in USSR only few short years before the collapse of the whole soviet empire. Comission calls all these movements and political parties extremists and nationalists, that is nazis, just like the leaders of the USSR called theirs before their collapse. Unfortunately they could not stop the wave which wiped them to the history books nor will be the EU leaders be able to stop their empire from splitting up. The EU leaders might be more ready to use violence against their underlings than the soviet leaders were and we might see some wars and fighting in Europe as the EU falls apart, but it will collapse anyway.

That is the history lesson the european federalists have missed. Their pipe dream will never work. It is an illusion, just like USSR was. On paper it might sound good, all and everyone should be reaping the benfits, but in practise it is a monster which robs the member states from their wealth and resources. It is a monster which does not care about the man in Ireland or Finland, it does not care about the woman in Spain or Greece. The people are meaningless, just like they were in USSR. 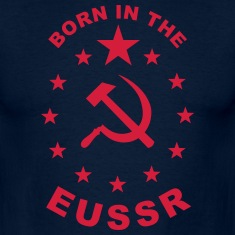