The I am right -party bellows day after day about racism and nationalism as if those are the driving force behind the behavior of the people who voted for Brexit and Trump. Racism and nazism are easy, well tested and handy labels to smack around when one does not understand the roots of the rise of the ordinary people in western democracies.

When you have hitched your future to the lapels of the mightiest corporations, banks and political institutions in the western world and still lose out, you can not understand it. Hillary had democratic party, she had republican party, she was endorsed by the mainstream media, by the super stars, she was chosen and still she lost. Every thing was made to make it sure she will win. And she lost. Why? How?

So-called "white men" or "white lash" has been drawn out of the magicians hat to make simple sense on a phenomena that the globalists do not see. They label it with their own word, their own concepts, because they are out of touch of the reality. The globalists have been playing for two decades in their own playground that they have assured themselves that this is the only playground in existence. And when they see another, they refuse to believe that it is real, that it exists.

In reality this is about local response to the hype and dictatorship of the few, a counter revolution against big banks, the Soroses and Goldman Sachs, the big capital and international ùbernational power structures which have replaced the democratic systems based on one-man-one-vote principles. They saw Hillary as being part of the globalist elite and she was. That is why they did not vote for her. Many voted against her and everything she represented and not so much for Trump. This is reaction of the little people, the ones who did not matter, the invisible ones. The have woken up and are waking up.

They do not want to hear and see anymore explanations of some distant person how ruining of their lives is good thing in some vague global scheme. They are not xenophobic nationalists, at least absolute majority of them are not, but they are all localists. They want their local hospital, not some fancy pants super ultra modern hospital 100 miles away. They want their local school, not some elite educational institute in far away place into which not one of their children will ever go. They want their jobs in their town, not in some foreign country where "the workforce is more competitive", meaning they work for food over there.

The political and business elite did not understand this nor they do even now. The comments about the Italian election shows how far out of touch the EU leaders are from what is going on. The EU leaders and everyone who has for one reason or another attached themselves to that elite, either for economical reasons or ideological reasons, are saying that the people want more integration, meaning more pan European federalism. No, they do not. They want less of it. That is why so-called nationalistic parties and movements are on the rise across the continent. They do not want international rule. They want local rule. They do not want international decision making, they want local decisions.

It began in Island where the first anti-globalist revolution took place. The people literally threw out the entire government and parliament, wrote a new constitution and that was it. Since then similar events have happened here and there. The globalist elite is fighting back with all it has: Brexit is contested by judicial maneuvering and Trump voters have been declared to have been racist red neck klansmen etc. Localism has been described as nationalism which has been labeled as nazism and racism. Anything negative so that people would not touch it. "You do not want EU? Are you a nazi? Do you want war?". Really? They are asking that when you say you are against the EU because it is antidemocratic and dictatorial project of the European elite.

Globalists and their followers, the do-gooders and anti-nationalists, and world villagers, will beat this drum to the end, even though it is already broken. People want their lives back. They do not want some complete stranger thousands of miles away to decide how they should live their lives. They have had enough of the local bureaucrats and do not want even more powerful ones in some offices they have never even seen or heard of. To put it very simply: people want their lives back. And the globalist do not want that. They want to rule those little people.

I doubt they can. I believe we are on the down hill slope of the globalism. People do not want some international gigantic company to show up on their door step to tell them that they have no right for water, or the forest, or the lake, or the land, because some global treaty says so. They want to oppose this kind of the world. It is local against global, the little people against the mighty, the less fortunate against the rich. It is the powerless against the powerful. 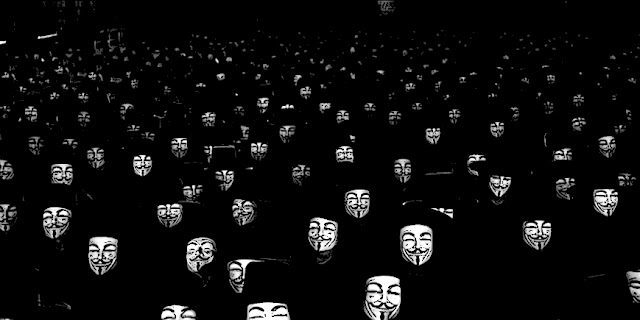 The globalist do not get this. They can not twist their heads around it. It is because they are living in the world of their own, the one which has nothing to do with the reality of the little people. And the fans and supporters of the globalist ideology are running scared because they will lose their world view and castles in the air if globalism collapses. That is why they tell and scream about racism and hate speech and slap those stickers to anyone and all who do not agree with them.

This is because in it's heart the globalism is fascism. And the little people do not like that.