THE BIG FREEZE - WHY THE RUSSIANS ARE EVERYWHERE

In the US and in many parts of the west there is a concentrated intelligence and political effort going on to freeze the world into a New Cold War, if not even the nuclear winter. The Deep State, Secret Team, Military industrial complex, what ever name one wishes to use, is currently demonstrating it's strangle hold on America on a scale not seen since those balmy days of Cold War. 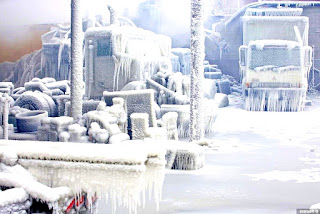 All over the media everything that opposes or is critical, offers another solutions, alternatives for the policies of this war party, is branded as Russian scam, Russian plot or straight out Russian operation. For years the Obama regime tried to destroy Wikileaks with various methods, including capturing or killing Julian Assange but failed to do so. This project is still running and gearing up in concert of this general Russia did it -program. 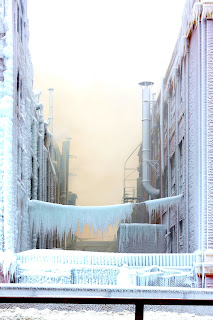 So in 2016 US democrats, the party, which is now solid component of the war party US, began to shout how the Wikileaks is actually Russian spy operation. Lo behold, now it has been "confirmed" by the same intelligence services who also proved that Saddam Hussein had weapons of mass destruction and Assad used sarin gas. The play is old and is played again. Everything which is against the will of the War party US is Russian. Period. Anyone who opposes their will is a Ruskie. Well, a commie or something like that. 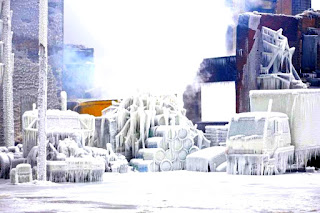 The Democrats have sunk so low that they are acting just like McCarthy did back in his golden days. They have demanded resignation of Congress woman Tulsi Gabbard simply because she said what even the US military intelligence knows: Syrian government did not use sarin gas in Idlib, that it was sarin gas from the storages of Al Nusra/Al Qaida/ Free Syrian Army or what ever name it is fighting for US now. Think about it: the Democratic party is shutting up any one who does not toe the line. What about the free speech, freedom of thought? It does not exist in the world of US democrats as they are part and parcel  The War party today. 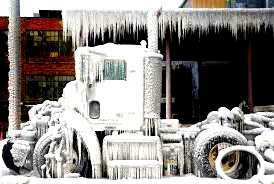 Hillary Clinton naturally has lot to lose. But she is not alone. There are literally thousands of US officials across the whole government who have participated in creating ISIS, arming and funding both ISIS and Al Qaida, from John McCain to former president Obama. These people are fighting for their lives for if the law would rule, all of them would be sent to prison for treason and supporting terrorist organisations from Libya to Iraq and Syria. 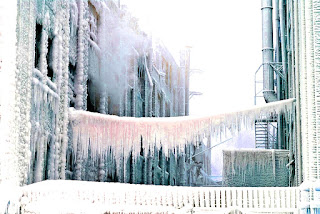 There is no question about it. It has been proven and documented, some of them have admitted it themselves even on televised situations, so they are doing everything they can to hide their guilt and participation in the Syrian christian holocaust and genocide by ISIS and Al Nusra/Al Qaida, Their guilt is so big that the biggest propaganda must be used and the biggest misdirection done. Thus, the demonizing Russia and China, while hiding in the shadows. 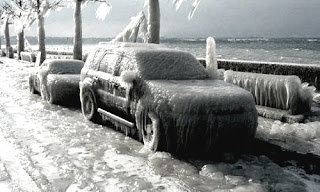 Anyone who doubts this, is still, at least for now, free to search the Net. You will find tons and tons and tons of statements, documents and others which prove beyond any doubt that the Obama administration in cahoots with some cold war warriors like John McCain created ISIS. It has been told by former generals, intelligence officers, journalists, it has been revealed by John McCain and president Obama themselves, even Hillary Clinton has admitted that yes, she made a mistake by arming and funding ISIS and so on. 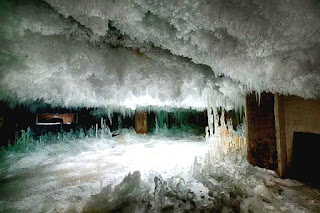 In order to cover this, there must be someone else who is guilty and the traditional Scapegoat is Russia. That is the trumpet they blowing right now in order to create The Big Freeze of the American society with censorship, police state tactics, stripping of the fundamental rights of the citizen etc. Bullying, scaring, threats, even harder methods are in use in US and abroad when these war criminals and terrorist supporters are fighting for their lives. If they can not freeze up the US, they will lose it all.

Only way out is to crash the dollar but that cannot be done. If the dollar crashes, so will the whole western monetary system, all the financial businesses and systems in place will tumble down. And yet, the dollar is fully fictional monetary unit. It's value today is based solely on fiction, on belief. It is worthless in reality. Like the head of the Bank of China said in 2013: The Dollar has no value.

And here lies the big problem: China is already the biggest economy in the world. Together with Russia they no longer need the western consumers to survive, they don't need the western markets nor they need the dollar. They have hundreds of millions of consumers and they have most of the gold in the world, the most raw materials, most production, oil, gas etc. To put it frankly: The West is fucked. It fucked itself by allowing vultures to run it's economies, the big banks and financial giants rape and pillage national wealth and resources, and the cash.

And now we are here. The Western economies are fucked. Euro is fucked. EU is fucked, In Italian banks alone there are some 350 billion of unsolved loans and that bubble is about to burst. No one knows how much air there is in the German bank sector but it must in billions and billions. The Economy of EU has been stagnant of more than a decade and any growth has been fictional, just like in the USA. Real production is low but the financial vultures keep on playing with fake money and fake funds and bloating the Balloon further up. It will burst one of these days.

This is why the Russians are everywhere. Look, over there! They are doing this and that! It is their fault. It is them! Just like in Josef Stalin's Soviet Union, there are guilty people connected to foreign governments who have sabotaged the western economy and societies. It has to be. If the public would see clearly they would see Wall Street, White House, Capitol, and others, the real culprits. That is why the shouting has increased in recent years. That is why It is the Russians everywhere.

Those thousands of ruthless and selfish bankers, economic vultures, who have destroyed the dollar and western economies from within, those thousands of american officials who created and armed and supported the most monstrous terrorist organisation in history are fighting for their own survival. For that they need the Big Freeze, inside and outside the USA. And believe me, they are more than willing to destroy the whole world in a nuclear holocaust before they will give up.

Lucky for us, there are thousands and thousands of people in USA who are putting up the fight, who are not going to lay down and die when they are being told to do so. It is that character of USA which will save us all - if any. People tend forget that United States of America was born in revolution. History can repeat itself on that too.

Until then, get your parkas and ski masks ready, for the War party wants the Big Freeze.