WHY EU WILL COLLAPSE? 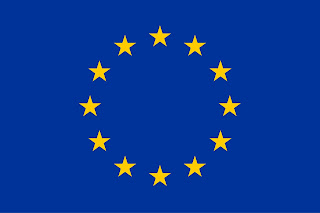 European Union pretends that it is a powerhouse in the world. It isn't. It is the only economic area around the globe which has had practically no economic growth for the past 20 years. EU boasts when it reaches 2% growth figures which are practically zero when the inflation is calculated in. Some EU-countries are doing, well, are working steady and some are falling off the wagons and everybody and their dogs are pretending that we are on the right track.

On the whole the EU is the stagnant bastard of the world economics. During the same time when EU economic growth was around zero the GDP of Ethiopia was doubled. Remember Ethiopia, Live Aid and all that? That country has been doing better than the whole EU in economic growth terms. US with it's absolutely massive debts is running away and Russia has left the EU behind years ago. China is on another galaxy when compared to EU on economic terms. That is a fact. EU is not the model pupil of globalism. It is the example of the failure of the finance oriented economy of globalists.

The biggest reason for the mess is EU itself. It's Byroslavic rules and regulations, directives and booby traps have paralyzed the economy. For EU the whole point is EU itself, not the economy or the member states. EU as an organisation on parasitic vampire which lives in the bowls of the member states and then dictates what those member states must do.  If somebody out there still has fantasies about the "democratic" union you need only to take a look at the election of the new commissar. She was the candidate of the EU commission - and Germany of course - and she was elected. The European council did not elect her because the European council has no powers to do so. The heads of the member states talked about it and in the end did what the commission wanted. The same happened at the EU parliament which sees itself as the primary parliament in the whole EU. That means that the national parliaments are subservient to EU parliament, all of them.

So European Union is stagnant in economy. It is interested only in itself. It gives a damn about the economy and members states, and it doesn't give damn about the people who live in EU. It pretends to care and organizes all kinds of campaigns for "climate change" and such but in reality it is interested only in controlling the people. You don't believe that? Why EU is attacking Hungary? Because of the democracy, western values? No. Nobody has proved that the elections in Hungary have been fixed any more than the elections in Finland.

Actually in Finland the state and the mainstream media keep the small opposition parties silent before and during elections. They are not allowed to debate with the major parties anywhere. News media does not cover them nor bring their agendas out anywhere. In early 2000's the police arrested the head of one small opposition party when she tried to get in to the official election night news broadcast event. No explanation was given when this elderly lady was hoisted to jail. Not one EU organ voiced any worry about Finland. Never has. That is because the Finnish governments have always been useful and obedient tools of the EU.

So why the EU wants to overthrow the elected, popular government of Hungary? Simply because it is too independent minded. The government of Hungary is doing what they have promised to do and what their voters want them to do. That is not what  the EU wants. Thus they have launched a campaign to overthrow the legitimate democratically elected government. The methods will be the same which were used in Ukraine and else where - destabilization. It is good to remember that Maidan started when the EU decided to play hard ball with Janukovitsh government and only after that the US decided to overthrow the elected president in a illegal coup which was touted by the EU as a victory for the western values and democracy. The same will happen in Hungary, if the EU can do it. 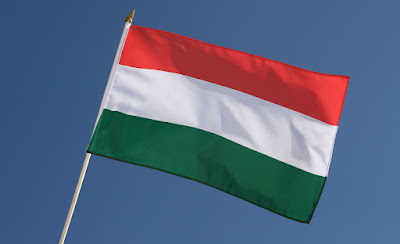 But Hungary is just the staring point. The EU will try to take control over Poland, Czech Republic, Austria and Italy. Actually the EU will try to take control of all the member states but these are the ones they have to crush one way of the other. It is good to remember that the EU commissar, or as they say in EU buroslavic "the President-elect", Ursula von der Leyen declared as a German defence minister that the EU army was activated. That means that ALL THE NATIONAL ARMIES IN EU WILL BE INTEGRATED INTO EURO-ARMY. Those who don't know it yet should check that out. It has been in the works for few years now and it will be built around Bundeswehr, the German army. Some Ducth units and some others are already under the German military command structure. 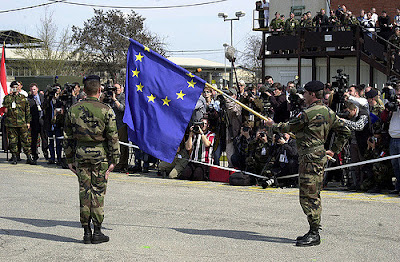 Immigartion is the other major issue which divides the EU. There is the EU which has planned the collapse of the european model of society, the well fare state, and replace it with dog eat dog society in which the big banks and big money can reap all they want and nobody can oppose them. This will be done by bringing millions of immigrants into the EU. It is not a coincident that during the 2015 immigration crisis the bosses of the employer's organizations in Germany and Finland demanded that these new illegal immigrants had to be allowed to get into workforce without any professional requirements that the local workforce had to have and with a government subsidized salaries well below the normal wages. At the same time. 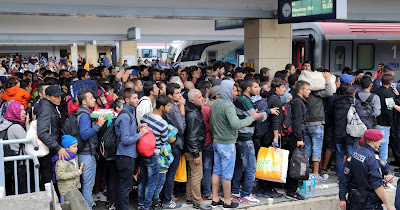 Some member states such as Hungary, Austria, Czech Republic and Poland and others have not obeyed the EU on this. They have been accused as "immigrant hostile" which in some cases is true. But they are also worried what will happen when the countries have hundreds of thousands of poor under educated and illiterate immigrants who will end up living in their own ghettos. Most of all, even more importantly, there is the issue who controls the borders: EU or the member state. EU has already declared that it controls the outer borders of EU without any vote in those countries this declaration concerns such as Finland. This means that the EU has taken over the national border of Finland without any legal procedures or practices. It just has done so. Some countries such as Great Britain don't want that. It is a major reason for Brexit. And if and when the EU pushes this issue too hard there will be Huxit, Poxit, Chexit and so on.

The duplicity of the EU is best seen when dealing with small nations. It is supporting the Scots openly because the EU is hoping to destabilize the Great Britain, just like the continental powers did in medieval times, but at the same time the EU branded Catalonian independence movement as illegal and dangerous separatist movement. The EU has manipulated Ireland too to act on it's behalf in these attempts by bringing up the border issue between Ireland and Northern Ireland. EU has warned that Great Britain is going to close up that border, there will be a new iron curtain there etc. The Brittish government has implied it won't do anything like that. And most likely it won't. 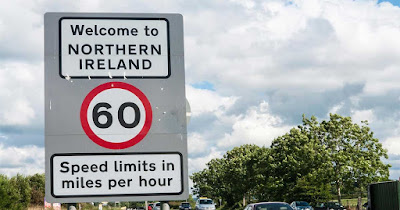 The border between Ireland and Northern Ireland is actually a huge problem for EU. When the UK leaves the union and if it keeps that border open there will be one border the EU commission does not control. That is the reason EU is shouting about that border. They won't be able to control it anymore. All kinds of goods, services and people will get into EU trough that border freely from all over the world and there is nothing the EU can do, other than block Ireland and that they can not do. If the EU would create a blockade around Ireland there would be Ixit in few years time. So the border is a huge problem for the EU, not for Great Britain. Because the EU can not control that border anymore.

So the undemocratic and illegal robbery of national powers of the member states and elimination of the sovereignty of the member states are one more reason why the whole EU is on its last legs. The federalists believe that their project will prevail for some reason and will keep on pushing the federal agenda no matter what. The big banks and big money will keep on pushing the same agenda because they want an undemocratic commission to be the sole negotiating partner. Thus far all the popular movements for national sovereignty have been branded as neo nazi right wing movements but they are not. No doubt there are those involved but there are millions of people inside the EU who do not want the undemocratic EU to rule their home countries. They will oppose this and thus there will be fighting for national freedom across the Europe in the near future - one way or the other.

But the EU fights back. At first they will try to shake the economics of the target countries in order to create discord among the population. Then they will create "opposition movements" designed and financed by them in order to create the EU.minded "mass movement" which will be given all the possible media time. Then they will try to create situations where the government uses violence which will be then trumpeted around the world as an example how fascist the target government is. Then they will demand new elections but try to control the process from the bottom to the top in order to et their chosen satraps to the local thrones. Basically it is the same method that has been used around the globe in developing countries. 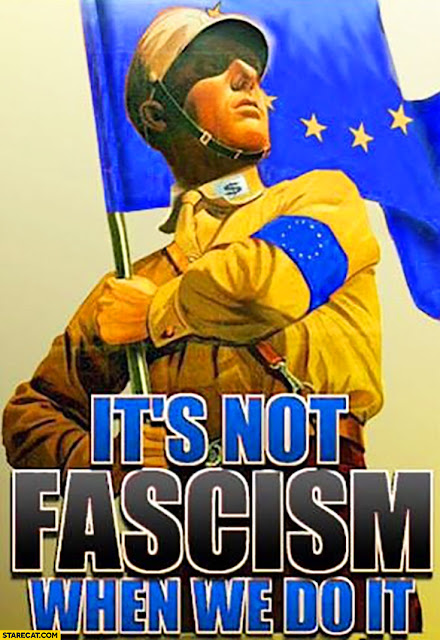 When you will watch TV and listen or read news about the cruelty of undemocratic government oppressing the people in Hungary or in Poland in the near future, just remember what is happening right now in France, the other pillar of the EU. So called yellow-vest movement has been targeted by the Macron-pro EU government with a violence not seen since the heated days of 1968. According to the demonstrators during the 37 weeks of demonstrations there has been 12 people killed, 4220 injured, 9000 arrested, 2050 convicted and some 400 are waiting for their trials. But you won't see that on any mainstream news media or hear about it because... Well, it is Macron and his buddies killing and beating the opposition and those guys are with the EU. That is what the so-called "western values" of the EU are.

All the above will lead into the break up fo the EU and it will be must faster than most people will realize. Soviet Union was thousand times stronger and more monolithic than the EU and it took about two weeks when it vanished from the earth. 14 days ! The collapse of the EU won't take even that long. Just think about this: EU keeps on challenging Italy and pushing it. Italians get angry. The next election they vote even more the anti-EU parties. EU tries to bring the government down. The Italians get really mad and leave the EU. Bang. That's it. If Poland is pushed out from the EU the EU will collapse too. If Hungary is under the attack and leaves the EU that will bring the house of cards down as well. And the craziest thing is this: it is all EU's own doing. 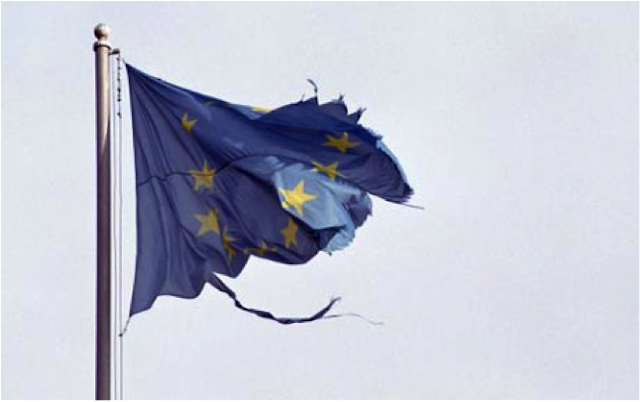