THE IMPORTANCE OF HELSINKI SUMMIT 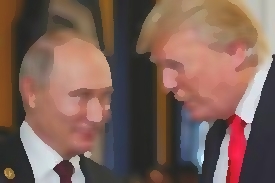 While the international media has joined to the forces who have been driving the World towards the New cold war and confrontation at the most dangerous levels and do their best to create an atmosphere of hostility and warmongering, the meeting in Helsinki is a great thing.

Even when the US democrats are doing their best to bring Trump down, even though they themselves demanded that the outcome of the presidential elections must be accepted without a protest (this was when they were sure that Hilary would win), the Helsinki summit is a great thing.

Even when the British intelligence community is trying to figure a way out of the Novitshok mess (the Porton Down scientists announced in April this year that they could not link Russia to the nerve agents used to poison the Skripalis and Julia Skripal wanted to go back to Russia), the Helsinki summit is a good thing.
https://www.theguardian.com/uk-news/2018/apr/03/porton-down-experts-unable-to-verify-precise-source-of-novichok

Because when the leaders of super powers meet face to face, when they have direct communication and channels to do so, the possibility of dangerous miscalculations diminishes. Granted, this is something the western mainstream media seem to think as bad. Western media has been on war path for so long that they have forgotten the realities of the world we live in. A War between the superpowers, between NATO and Russia, will be the end of the world.

When superpower leaders meet eye to eye it makes this possibility less likely. For the US democrats this is a bad thing. They have wanted a nuclear holocaust for years. They have been doing their best to get on with a nuclear war with Russia. During the presidential campaign of 2016 Hilary Clinton stated that she would give the order to shoot down Russian planes in Syria as well as bomb Russian troops over there. In plain English: she said openly that she would start a nuclear war.
https://www.haaretz.com/middle-east-news/hillarys-war-can-a-no-fly-zone-over-syria-work-1.5449153
https://www.huffingtonpost.com/entry/hillary-clinton-syria-no-fly-zone-third-debate_us_58084280e4b0180a36e91a53

For the majority of the people a nuclear holocaust is not a nice thing. Very few people want it. The so-called journalists and politicians, government officials who have been demanding a harder line against Russia and China want it.

The US was in Ukraine and created the coup which toppled an president elected and US chose the new Kiev regime which started the war in east Ukraine. This was done by the Obama administration. It has never been a secret. US democrats hoped that Russia would attack Ukraine and start a war which would give them a reason to start the nuclear war. Victoria Nuland, the architect of the Ukraine tragedy openly announced that she has dreamed of destruction of Russia ever since she was a little girl. But she failed to fullfill her childhood dream of starting a nuclear war.
https://www.youtube.com/watch?v=WV9J6sxCs5k&t=242s

Hilary Clinton who destroyed Libya and murdered Gaddafi and laughed about it openly, created a failed state were slavery is once again a fact and from where hundreds of thousands of illegal immigrants have been coming to EU. She created the ISIS and started the Syrian war which lead to the deaths of hundreds of thousands of civilians. And during the presidential campaign 2016 she announced at one fund raising event: Give me the White House and I'll give you the War!
https://www.youtube.com/watch?v=Fgcd1ghag5Y

USA has been involved in every Russian presidential election in this century. The CIA with it's front National Endowment of Democracy has handed out millions of dollars for anti-Putin campaigns inside Russia and financed the opposition. But that is Ok for the news media and US democrats. It is like in the old saying: It is not wrong when we do it.
https://www.straitstimes.com/world/united-states/us-has-history-of-meddling-in-foreign-elections

Perhaps so. But despite everything spewed on, despite all the war mongering and hate speech in mainstream media, it is still a very good thing that the superpower leaders meet and agree not to start a nuclear holocaust.

I know it is a grave disappointment to the Deep State, George Soros, Hilary Clinton, US democrats, ISIS buddies like John McCain and so on that their wet dream of nuclear war perhaps does not begin yet, but personally I like life in general. That is why the Helsinki summit is a very very good thing. 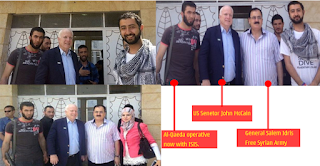 President Trump might be a schmuck. He may be a rude uncultured womanizer. Maybe. He might be an idiot. Maybe he behaves towards women like a pig. I don't know. I don't know him. But I do know that no matter what you think about him as a person, his policies and opinions, he is right on this one.

It doesn't matter what you think about Putin or Trump as men, this summit is a good thing. It is for the better. It stops the world from gliding down to the destruction of us all. I know the mainstream media does not like that but for the whole mankind it is a nice thing. It is good for the humanity if the nuclear war is less closer.

Trump was right when he said that this kind of meeting is always a good thing. You may not like the other guy, he might be your rival, but it is still a good thing to meet and avoid a nuclear holocaust.

I have no idea why it is a bad thing for the mainstream media. 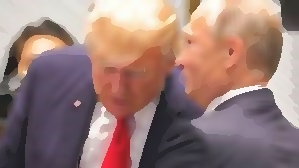