BREXIT- WHAT THE "REMAINERS" DO NOT SAY OUT LOUD 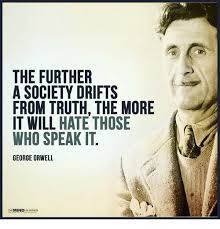 Turmoil and chaos in Britain. Or that is what the so-called Remainers want you to believe and what they try to create so that their predictions would come true. They told the World that if the Brits vote for Leave in the referendum Britain would collapse. 500 000 people would loose their jobs at once. The Banks would leave the City etc.

Well, they did not and why would they? The City of London is the biggest tax haven in the whole world. There is no other place better for international banking than the City. The same goes with many other multinational super companies. They are no going anywhere because London is the best location for them.

As for those 500 000 lost jobs. Well, according to the official statistics unemployment is at it's lowest since the record keeping began. Not only that but the wages have gone up. So the declarations of the Remainers back then did not pan out. Their story was shown to be false by the real world. And now they play the same tune but with steroids.

They talk about democracy but have worked for three years to undermine it. They talk about the Rule of Law but have not obeyed it themselves. They have created new "laws" to sabotage the will of the people and they have broken their own commitments and promises to act according to the will of the people, they even try to stop the whole Brexit even when they themselves voted almost unilaterally to activate the Article 51 and start the Brexit process.

As they scream and shout about the horrors of Brexit and try to bully a nation under their thumb they keep very quiet about what is really at stake here. Yes, economy is important but that is not even the real issue. What the Remainers do not say out loud is this: by remaining in the EU United Kingdom, Great Britain, England, Wales, Scotland, Northern Ireland and the numerous islands in it, would no longer exist as they are now.

When they say that Britain has benefited from the EU they are simply singing the same old song the EU has been singing for decades to all it's subservient nations. All you have to do is look at the British fishing industry. It has been almost killed by the EU. The Brits can no longer fish on their own territorial waters. The Spanish, Danes, Portuguese and others can and do so while the Brits sit on the docks restrained by the orders of the EU. The EU has set up the fishing quotas for the Brits "because they have to protect the fish stock of the seas". And yet, at the same time, other Europeans can and do fish on those same waters. This is what happens to the UK if it remains inside the union.

But what is already going on behind all the talk about democracy and member states is the United States of Europe. It is what the EU is all about. It has been clear goal from the very beginning and only now and then some member state politicians, like Helmut Kohl in 1990's, has slipped out the real intention of the EU. The real purpose, the main target of the EU is to create pan-European state where there are no countries, just member states. That is the word they already use of all the countries inside the EU under their rule. They are no longer nations or people or countries, but just member states under the rule of EU.

The so-called Remainers do not tell anybody that by remaining inside the EU the United Kingdom will cease to exist in historical and political sense. There will be no more queen or royal house of United Kingdom. There could be some kind of show family, much like in Sweden, but no longer a Sovereign. There would be no longer the sovereign British parliament. No more the rule of law. Instead there would a member state, like Connecticut or Vermont in the USA.

Scotland, which has been duped into the game by the continentals just like during the medieval times in order to create havoc inside the UK, would cease to exist as it is today. It would be just a county or district of a member state. Nothing else. Only those useful fools believe that the EU will support Scotland in their bid for independence inside the EU. Don't believe me. Just look at Catalonia and it's independence drive. How that turned out? Well...

Even IF they would somehow could separate from the rest of the UK there would be no independent Scotland in the EU. Just a member state, a subservient region of the EU. Not the homeland of the Braveheart. Just a remote district where the central power would get it's oil and other needed resources from. There would be no Scotish Renaissance. No more than there is now in the Basque country or Catalonia or Corsica or Bretagne or... Well, you know how it goes.

So, the Scots have been duped and are used by the EU just like they were used for several centuries by the continentals in their power plays with England. The people of Britain are lied to. The real democracy is being sabotaged. The rule of law is being undermined. News have become falsehoods and rumors and lies the Truth.

I think George Orwell would have a ball just by looking at this mess. "The Will of the people!". Yes, there was a referendum and the people spoke. But the professional politicians and thousands of Eurocrats want to keep Britain in and make the nation a subclass for some obscure un-democraticly chosen team of commissars. 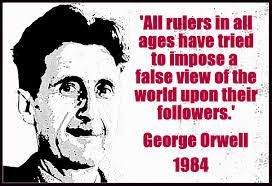