US foreign policy has always been a battlefield between two separate strands. On the otherside there are the airheads, dreamers and ignorant idiots who have messed up international relationships and caused trillions of dollars of costs and thousands of dead Americans for not much of anything else than FK'd up situation which has to be cleaned up by more sane persons.

On the other side, there are the cynical realists who have played for one goal: what is best of USA. During the cold war these cynical operators who were mostly experienced of WW2 used every trick in the book and played the game so well, that USA was, for a while, the shining light in the world. It really was once. But then, the dreamers took over and what happened? Yes, Vietnam.

When the cold war ended in a magnificent collapse of the Soviet empire, USA had a once in a history chance to deal with Russia once and all. No, I don't mean an all out nuclear attack or invasion both of which would have been disasters beyond our imagination. I mean the same policy which eliminated Germany after WW2. It could have been done and it almost was done.

After 911 the superpower relationships were in so good level that Russia actually assisted USA in the invasion of Afganistan. US military supplies and persons were flown in country from north, trough Russia, which saw the war in Afganistan as a part of the same anti-islamistic warfare it was waging in Tsetshenia and elsewhere. US agreed.

Then the disaster came. Obama and dreamer team took over. Hillary Clinton, perhaps the most corrupt and vile US politician ever, began to mould a New foreign policy based on the idiotic ideas and dreams of the neocon think tanks and poop spewing intrest groups. Like assistant US secretary of state Victoria Nuland famously announced in one interview, she had always dreamed of destruction of Russia. Yes. This was the same lady who FK'd up Ukraine, because of her dream. 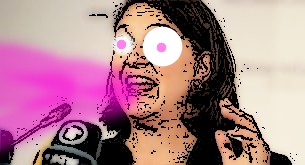 The new idiotic policy of isolation of Russia was perhaps the biggest FK up in US foreign policy history since Vietnam. The Obama-Clinton gang imagined that they can isolate Russia. They really did. What they really did was that they drove Russia and China together. Those two nations with their unlimited resources did what they saw as the only possible option. They bunched up together and created an economic and military power block which is now too big to tackle and too strong to take on. 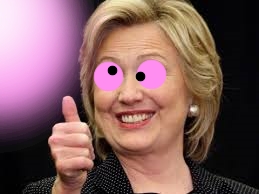 That is the true legacy of Obama and Clinton. They did it. It is their fault. That is a fact. 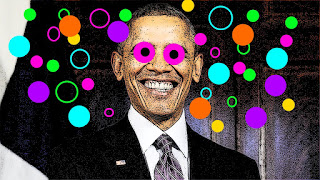 This is where we stand now:

1. Russia just signed a pact with Syria which states that there will be permanent Russian military bases in Syria for the next fifty years. That is Check Mate in Syria, courtesy by Obama and Clinton. They dreamed of something, who knows what the FK, and created ISIS but failed. Miserably. And now there are Russian forces in Syria where there once was none. Thanks to Hillary and Obama and their idiot army.

2. Obama administration believed they could take over Ukraine by toppling the president elected in previous elections just like in any Banana state. It failed. Instead there is now a civil war created mainly by Victoria Nuland and her actions, and Russia is supporting the east ethnic Russians and US supporting their creation, the new government of Ukraine, made out of the same guys who ran the country before Maidan.

No oil nor gas for US companies. Billions of US tax payers dollars for nothing PLUS the economic sanctions against Russia which not only do not work since they just strenghten the ties between China and Russia but also harm the US economy AND EU economy and Trans-Atlantic relationships. Well done.

3. Just couple years ago Russia became the largest EXPORTER of grain, leaving USA for silver. Could anybody in their right mind even imagine that happening in our life time? No, not if you were a reasonable humanbeing. But it did. How the hell that happened then? Very simple. Russia banned ALL GMO products. Simple as that. Ever since GMO grain was introduced to USA the grain harvest has been in decline. It really is that simple. But because the dreamers in Monsanto and US federal apparatus were living in Dream Land, they did not believe this would happen, not even when some scientists told them. And they still don't.

Nasty cynical realists would have banned GMO's long ago, if for nothing else but because of this. How the hell USA lost the agricultural competition for Russia? With GMO, brought to you those same dreamers who have FK'd up almost everything in US history, this included.

4. When US began to set up military bases on it's western borders and began to flex out muscles on European soil, Russia took a look at the map. There was China, one giant which was  not playing ball with US dorks. What happened? The Russian-Chinese relationships took warp speed and left the west digging snot from it's nostrils.

Now we live in a world where the combined western military power is no match for combined Russian-Chinese military might. They have more nuclear weapons than anybody else, more soldiers on service, more tanks, more planes, more everything. PLUS they have already passed by in aviation technology and are already building sixth generation fighter planes when USA has spent 1100 billion dollars for a fifth generation fighter which has the following characteristics: It can burst in to flames on a runway on it's own, it can burst in flames in air, it can not hit a moving target, it loses a dog fight for fifty year old F-16 etc.

Russians are already building MIG-41 planes which will fly up in stratosphere and speed up to Mach five. Chinese are doing the same. How do you like them apples? Brought to you by Obama, Clinton, Nuland, Washington neocons and other idiots.

5. The financial situation is even worse. The head of the Bank of China said in 2013: US dollar has no base. That is: the mighty dollar is up in the air. There is nothing to back it up. All this is because of... Hard to say. Wall Street, neocons, randminded bozos and creedy assholes who played their games with the dollar. Now we live in a world were the most stable currencies are the good ole Swiss franc, Russian ruble and Chinese yuan. How the FK we ever got here?? 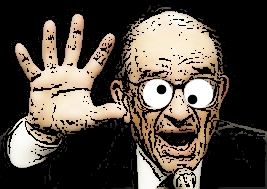 The big banks, remember those banks which were too big to fail? They took over the economic policies of US government. The treasure department of USA is run by former Wall Street bankers who had a abysmal track record. Wall Street and the big banks have been collapsing always. Not just once but always. They failed in 1819, they failed in 1837, they failed in 1857, 1873, 1893, 1901, 1907, 1920, 1929, and so on. Yeap. These guys took over and now run the US economy and it shows. China and Russia have whistled by while these policy makers have managed to ruin the very base of the Western economy with their Monopoly money games.

The smart money is already moving out in droves. West is looking like a beggar whose arthritis is getting worse and worse every day. Most of the capital in the world is already in BRICS. India, China and Russia have the most capital, they have the most population and almost everything in the world is made by them or around their economic sphere. That is a fact. Take a look around you right now and try to figure out stuff that has not been made in China or so. Right? That is revealing.

It also should be remembered that China became the worlds largest economy couple years ago. So USA is no longer the biggest economy in the world, nor it is the biggest grain exporter anymore, it has a dollar which is floating up in the air, debt it can not pay up, and military machine which is spending billions of dollars on projects which do not work and are already out dated.

This is the true legacy of the Obama administration, DNC and Wall Street. That is the world we are now living, thanks to the idiots and dreamers in US helm, who guided their ship straight to the sand bank. Could this have gone any other way?

Sure it could have. The cynical nasty realists could have taken Russia to the western fold, into the NATO, in to the western markets and tied it down with gazillion of connections - permanently. Russia would have been part of the western system run by USA. But it did not happen.

Obama, Hillary Clinton, Victoria Nuland and other dreamers and idiots FK'd it all up. The question is this: will USA keep on going down the drain?

Looks like it. The sanctions against Russia will just strengthen the Russian-Chinese ties and hurt USA and it's alliances in Europe.

It will take a real turn around in US policy to make a come back. With these Nintedo generation morons and senile neocons it won't happen for a long, long time.
Lähettänyt sande klo 4.05