When Amazon revealed that in their re-writing Tolkien's universe there would be black elf and black dwarf Tolkien fans were shocked. Not only that, but Amazon also made thousands of years old elf Galadriel into teenage Joan of Arc figure swinging a sword and throwing tantrums, and they made thousands of years old elf leader Elrond into collegeboy. They re-wrote the history of that imaginary world, they re-wrote the time lines and characters because in their minds they can do what ever they want, even if it goes against the actual real story, in this case the universe created by JJR Tolkien. 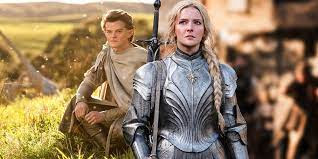 That proved to everyone that these companies and the people involved in these projects do not care of their source material at all. Tolkien, by his own words, was creating alternative history for Anglo-Saxon world, inspired by Nordic and Finnish folklore and Kalevala, even Finnish language. That is: thousands of years old Nordic traditions of that northern area of the world. For these people it does not matter what the creator has said nor what the source material says. They do not care about facts. 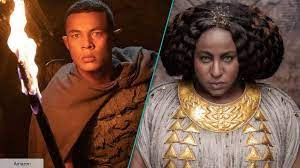 The most disgusting thing is this: instead of creating original stories about Harad and Haradrim, who can be speculated to be brown and black people in the Middle Earth, they chose to insert their policies into story because, hey, it is fantasy and we can do what ever we want with it. Even if we do not have rights to do so we can completely re-invent the characters too.
This is the same ideology and political world view which allows them to re-write actual history just because they think they have right to do so. They can take a historical person, a real human being who lived in real life, who was a real figure walking and talking on this world, and make him or her anything they want because they can. In their own sick twisted minds they can do this because they are good and moral, and anybody opposing their falsifications of stories and out right lies of history is a racist and bigot and misogynist. 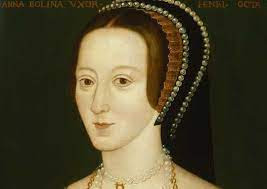 That is why they made white historical female a black woman. They just did it. And when that was, once again, an abysmal failure because people know who Anne Boylen was and what she looked like and her story in general, they accused everybody being racist and bigots and woman haters. When people tried to be civilized and said that this is history, that the real living and breathing person was not black, that it is a historical fact that she was white, those who made her black screamed to high heavens who all that proved how racist everybody is. That is because facts do not matter. History as a science does not matter. And that does not make you social justice warrior, politically correct or anti-racist or pro-women at all. 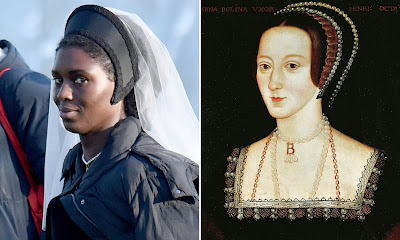 No. It just proves that you are 1. ignorant 2. stupid 3. vicious politician 4. very bad business mind and 5. willing to forge history and re-place it with your own counterfeit history. You are willing to forge scientific facts to fit into your political ideology. That is what every totalitarian political ideology has tried to do and you are doing it right now because you are hell bent to forge history and make it your own fantasy, just like the Nazis did when they invented their own imaginary history of the so-called Aryan people. You do the same.
I am willing to except that among the writers and actors and creators of these horrendous forgeries there are people who simply do not understand that history is not your playground. I can imagine that there are people doing this to whom history is just a piece of fantasy or just another story and nothing more. I can imagine that those who write these tv-shows are not the brightest of intellectuals and do not even know history or if they do it is the history as a third grade student could comprehend. 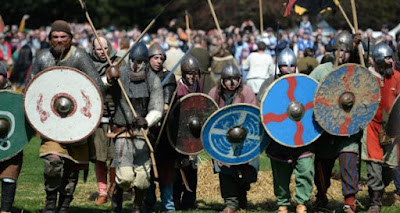 I can understand that when you are mentally and intellectually less gifted you can assume all kinds of things and believe that Moon is made out of cheese. But if you are a normal adult or an average college student you should know that history is science, historical facts are facts, and historical people were actually alive and real. They were not a product of imagination or fantasy. They really did exist just like you. And just like you, they were who they were. Like, for real, dude. 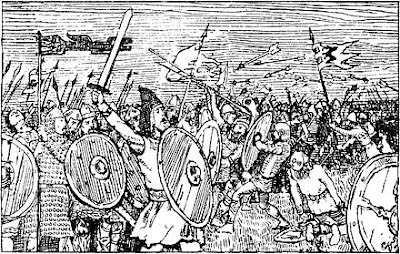 Netflix, which has been recently taken over by these so-called liberals who are actually velvet fascists, has gone beyond the duty of this political PC-Genderbender-Racebaiting intersectional politics. In their stupifying wokeness they have taken a real historical character and and raped him for politics. Yes, they have taken jarl Haakon, the last Norwegian pagan chieftain and leader, and made him a black woman. Yes, it is true. Jarl Haakon is now a black woman. No kidding.
This is so insane and stupid that it is hard to even comprehend. These people who talk about racial equality and respect and cultural appropriation, these same people who scream about Washington Redskins and Chicago Blackhawks, take a hero of the pagan Europeans and turn him, a white man, into a black woman because... I doubt they can excuse themselves for real this time. 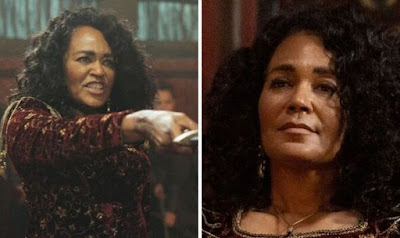 Jarl Haakon is still a hero for Norwegian pagans and yes, they still exist. There are real Nordic pagans even today. And this WHITE NORDIC MAN, one of the last great Vikings, is one their revered heroes. Like Saint Peter for Catholics or Muhammed for muslims etc. And you make him a black woman. 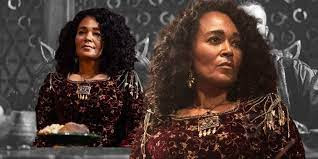 Yes, anyone who is against this shit is a racist, you scream. Anyone against the idea that a white Nordic man could have been actually a black woman is just racist. Because history does not matter. Facts do not matter. Historical sources do not matter. Not even the fact that he is still a semi-holy figure for the present day pagans matters at all. What matter is the oppressive racial intersectional woke-politics aiming to re-write history and forge it. That is all that matters. Right? Fuck history as a science. Right? 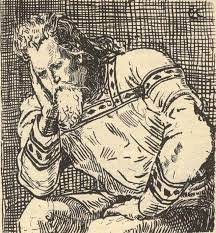 Now, there are those who argue that what does it matter if a black woman is playing a white Nordic male? What is wrong in this? It is just a tv-show, yes? Who cares?
Let us see who cares and how. Let us reveal the hypocrisy and falsehood of this once and all. Let us do a little test and we shall see what kind of lying worms these woke-people are.
Those of you who are willing and supporting to let Ryan Reynolds play Martin Luther King, lift up your arms. What? Are you against white actor to play a black historical person? On what grounds? I thought you were for racial equality and it did not matter what color the actor is? 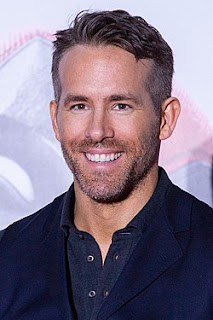 I also propose that Matthew McConaughey will be playing Malcolm X in the remake of Spike Lees movie. What? Why that can be? McConaughey is a brilliant actor and his skin color does not matter, right? I mean, that is what you tell us when you take a white historical individual and change her(his skin color and gender. Those things do not matter. Right? And on that note I want Rami Malek to play Angela Davis. That would be alright, right? I mean, it does not matter who Angela Davis was and is, right? 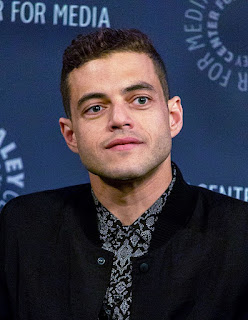 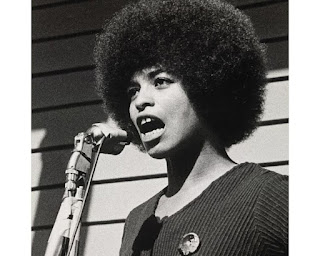 What is most striking in this stupidity is this: it shows that these people completely ignore and disregard the actual black history. They insert black fantasy figures into the white history and are completely silent about history of Africa, it's kingdoms, empires, thousands of years of civilizations from Ethiopia to Mali, from Chad to South Africa. The story of Mansa Musa, the richest man who ever lived, the emperor of Mali, would be extremely interesting tale for a any tv-series, but he is not even mentioned by these wokelords and PC-babes. I wonder why? 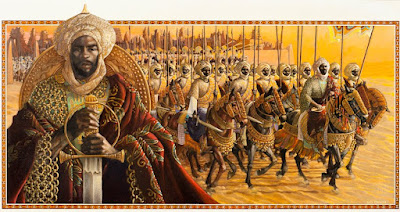 These same people who insist that in the north European history and folklore there has to be blacks do not even consider making a huge movie or tv-series about the medieval Zimbabwe and the city of Sonat which had stone walls and keeps, towers and gateways and ruled a huge area of southern Africa for centuries. Isn't it weird that no effort has been made to tell that story, the real history of black Africans? Yes it is and it shows you that these same people who call us racists and such are purposely ignoring the real black history with it's kings and queens, palaces and riches. 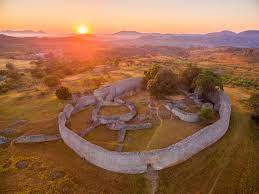 Why don't they tell the dramatic rise and fall of Wagadou, the empire of Ghana, which rose to prominence in Roman times but was taken over by the Mali empire in 1240 AD? Is it that these people do not know history? Is it that they like more the European history? Are they racists who hate Africa and all things Africans? I have no idea. The only thing I know for sure: they want to make white people black, men women and claim that this is right thing to do at the same time when they completely ignore the vast and rich history of the alleged "Motherland", the continent of  Africa which has had hundreds of kingdoms and states, kings, queens and warriors a plenty. Who is the real racist here? 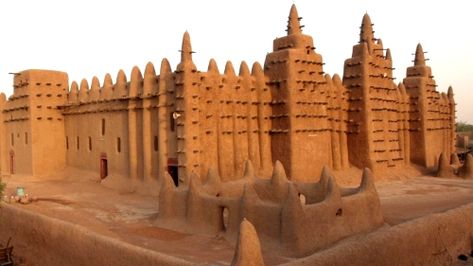